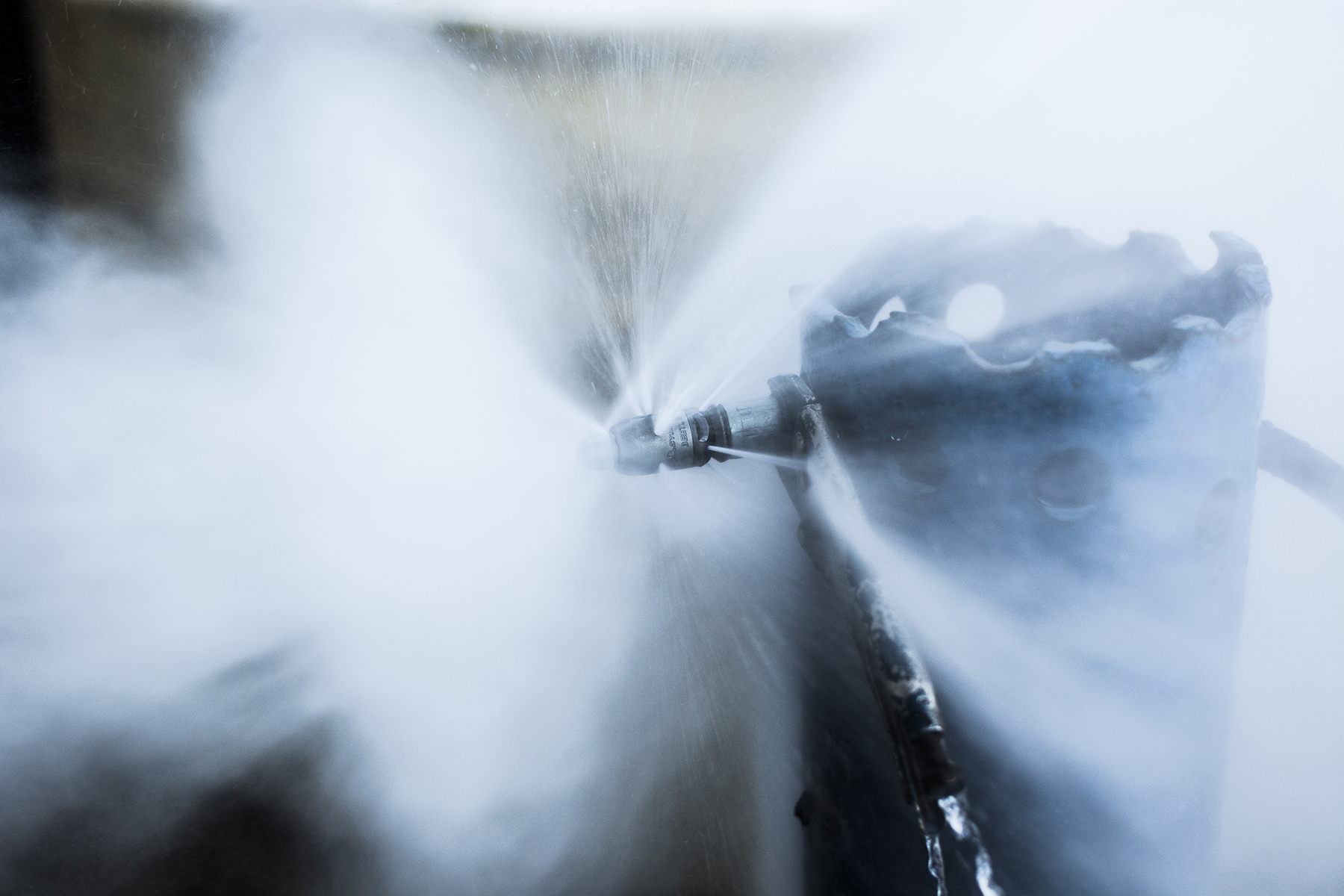 Poor conformance & injectivity sustenance is a major concern for many oil fields. The presence of high permeability streaks or thief layers between injection and production wells typically results in pre-mature water breakthrough, high water cut and deficient volumetric sweep. As a result, significant oil volumes in the reservoir may not be contacted by the injection fluid. Another concern is of low VRR (Voidage Replacement Ratio) in some of the layers due to reduced injectivity in those sands. Consequently, it has led to poor recovery from those sands. It is also a growing problem with the polymer deposition taking place, leading to challenging wellbore cleanup operations.

Several methods can be used, both mechanical and chemical to improve the treatment fluids during stimulation. Radial Jet Drilling (RJD) is a relative new alternative for Injection& Conformance Improvement which is practical & effective and has resulted in injection improvement of greater than 100% sustained treatment result over conventional techniques performed on several places. The technique involves running in hole the RJD deflector shoe on jointed pipe (typically 2-3/8″) to the target depth & correlated. This is followed up with high pressure coiled tubing to rig up over the jointed pipe string and perform operations in two steps:

Both operations require separate runs with different downhole assemblies on coiled tubing. The set up allows the operator to jet with fluid of choice depending upon the geological & well fluid understanding. The selection of depths to create desired laterals depends upon sand thickness, formation dip, sand continuity, well deviation, cement quality & few other factors. As a result of the created laterals, the injection fluid experiences low pressure drops and bypasses damaged zones/permeability barriers; which ultimately results in improved injection & conformance leading to better sweep efficiency. The other advantage of the technique is the relatively easy integration of tool with existing infrastructure i.e. small horsepower rigs.

Radial Drilling technology is a modified coil tubing system that uses high-pressure fluids combined with hydraulic erosional forces to penetrate the reservoir rock. This is achieved by the design of the jet technology which is such that forces are directed both forward and rearward at certain flow volumes and patterns. The forward flow and patterns allow erosion to the point that the jet moves forward. Forward movement becomes a function of the percentage of the hydraulic forces available at the jet as thrust, to propel the jet forward. This is achieved from circumferentially arranged rearwards jets.

High-pressure fluid is generated in the surface unit and conducted to the jet thru a specially designed high pressure, small OD coil tubing arrangement, and a flexible high-pressure hose for the part of the system that enters the formation. The coil tubing remains in the vertical (or angled) part of the wellbore whereas the flexible hose is guided thru a preset radius deflector system allowing the change from vertical to horizontal inside casing or in open hole. The system utilizes existing production tubing to surface. The RJD deflector shoe is run on the bottom of the production tubing to target depth, and the RJD coil and bottomhole assemblies are conveyed through the production tubing to the RJD deflector shoe.

The focus of the technology today is towards adapting the technology for offshore deployments particularly in harsh environments. Some of the recent developments with the objective of complementing existing technologies and other application as below:

Typical RJD set-up is shown on Figure 2 and it includes the following:

Compared with traditional jet bit design, the jets used in Radial Drilling have specially designed forward and backwards directed nozzles, arranged at specific angles and sizes depending on application.

As a result, the present types of jetting bits can generate both, forward and backwards jet impact. The forward jet nozzles can be swirling or straight from several nozzles with the main function to break and erode the rock creating an opening from a few inches to greater size opening depending on jet bit size and angle of the nozzles. The overall principle borrows from the Bernoulli equation and has been well addressed in (Buset et al. 2001).

The function of the rearwards jet nozzles is to increase the pulling force of the jet bit and to clean the jetted radial from the erosion debris resulting from the forward jetted materials as well as slightly enlarge the jetted radial during the forward movement and allow for slow back pull once the radial is completed to further clean, enlarge and chemically treat the radial.

The backwards jet nozzles produce a reverse trust whose vectoral components are part of the horizontal pulling force into the radial direction. These components are in balance, the resultant forces being “zero” provides for a “centralization” of the jet bit in the radial bore. With the jet bit in the center of the radial hole and the resultant forces, gravity and buoyancy of the jet bit balanced at zero, the resultant rearwards vectoral forces make the hole trajectory control less difficult and assures a relative straight horizontal radial bore jetted perpendicular or at a chosen angle from the main original wellbore.

All components mounted on one truck

Close Menu
We use cookies on our website to give you the most relevant experience by remembering your preferences and repeat visits. By clicking “Accept All”, you consent to the use of ALL the cookies. However, you may visit "Cookie Settings" to provide a controlled consent.
Cookie SettingsAccept All
Manage consent

This website uses cookies to improve your experience while you navigate through the website. Out of these, the cookies that are categorized as necessary are stored on your browser as they are essential for the working of basic functionalities of the website. We also use third-party cookies that help us analyze and understand how you use this website. These cookies will be stored in your browser only with your consent. You also have the option to opt-out of these cookies. But opting out of some of these cookies may affect your browsing experience.
Necessary Always Enabled
Necessary cookies are absolutely essential for the website to function properly. These cookies ensure basic functionalities and security features of the website, anonymously.
Functional
Functional cookies help to perform certain functionalities like sharing the content of the website on social media platforms, collect feedbacks, and other third-party features.
Performance
Performance cookies are used to understand and analyze the key performance indexes of the website which helps in delivering a better user experience for the visitors.
Analytics
Analytical cookies are used to understand how visitors interact with the website. These cookies help provide information on metrics the number of visitors, bounce rate, traffic source, etc.
Advertisement
Advertisement cookies are used to provide visitors with relevant ads and marketing campaigns. These cookies track visitors across websites and collect information to provide customized ads.
Others
Other uncategorized cookies are those that are being analyzed and have not been classified into a category as yet.
SAVE & ACCEPT
Subscribe to our newsletter